Saul Eslake: How serious is the inflation threat? 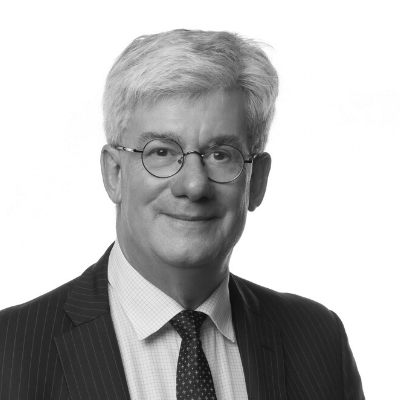 Economist Saul Eslake provided an update on inflation at our recent webinar. This is part one of a three part summary of the perspectives shared by Saul Eslake, Mark Burgess and Charlie Jamieson.

At face value, what central bankers have been saying about the transitory nature of recent inflation increases appears to be correct. However, while underlying inflation has risen much less than core consumer price index inflation, risks still remain for the post-COVID global economy.

Inflation has been a key subject of conversation in bond markets over the past four or five months, with upstream producer prices surging in all major economies. So far this year, the prices of goods have risen by double digits as they leave factory doors in most developed economies.

The impact of rising producer prices has been different across the world. Among advanced economies, mainly in the United States and to a lesser extent in the United Kingdom, these very large increases in upstream prices have fed through into core consumer price index (CPI) inflation.

There has been almost no pass-through of higher producer prices into core CPI inflation in China or in other Asian economies that are important trading partners for Australia.

By contrast, looking elsewhere in the emerging world, there have been quite significant increases in both headline and core inflation, which has seen more than 30 central banks raise interest rates at least once this year.

In its most recent economic outlook, the OECD estimated that higher commodity prices and shipping costs accounted for 75 per cent of the increase in G20 inflation so far this year. The rise in commodity prices, since the rock-bottom of the COVID-induced recession in the middle of last year, has been both large and broadly based.

Additionally, we’ve seen a sharp rise in the price of semiconductors, an important manufacturing component for an ever-widening range of goods including motor vehicles.

There’s also been a significant increase in shipping costs which, given the globalised nature of supply chains in manufacturing today, is something that also gets passed through into the prices of consumer goods.

Producer prices are close to peaking

Commodity prices have indeed peaked over the past couple of months, except for energy prices, particularly the price of natural gas. There has been a sharp increase in gas prices in Asia and Europe, partly driven by unusual weather conditions, which will likely feed through to consumers.

This has been compounded by China’s recent ban on Australian coal, which has forced China to pay more for lower-quality coal to produce electricity. This has in turn prompted others to switch to gas as an alternative to the rising cost of coal.

The factors contributing to the spikes in semiconductor chip prices and container shipping freight rates also seem to be subsiding. The main reason for this spike has been  a long-running drought in Taiwan – where about 60 per cent of the world’s semiconductor chips come from – has recently ended, allowing production to ramp up again and push prices down.

The sharp increase in container shipping charges has been due to a highly unbalanced pattern of international trade that’s emerged since the world economy was disrupted with the pandemic last year, resulting in containers ending up in the wrong places.

The imbalance, especially in consumer goods, seems to be easing. This shift, along with unblocking bottlenecks in the semiconductor production supply chain, provides encouraging signs that prices may have peaked.

Inflation increases appear to be transient

An important consideration when judging whether the recent increases in inflation are transitory, as central bankers argue, is to look at what’s happening to wages, particularly in the service sector. Its wages are the key component of the production costs which producers may pass onto customers.

A core element of the central banks’ judgement is that there are very few signs of any broad-based acceleration in wage inflation. And, where indicators of labour market tightness appear, these are also likely to be transitory.

Statistical measures indicate that underlying inflation has risen much less than core inflation, or the ‘ex-food-and-energy’ inflation scale that is more widely used in the Northern Hemisphere.

In Australia, there’s no sign of any underlying inflationary pressure at all, except perhaps in the housing sector. Given the Reserve Bank of Australia’s relatively consistent statements on the subject, there’s very little reason to be concerned about any short-term upward pressure on inflation locally.

To put it in a different way, if the US and Europe used the same measures of underlying inflation as Australia, there would have been far less angst about rising inflation than there has been in recent months.

The US Fed and other ‘advanced economy’ central banks are probably right to regard the increase in ‘headline’ inflation, and ‘ex-food-and-energy’ inflation in the US, as transitory, although it may take some time for them to be completely justified.

In the meantime, risks of higher inflation remain. It’s possible that energy prices, particularly in Europe, will stay at elevated levels for much longer than expected which could feed through into household and business inflation expectations.

Policies designed to accelerate the transition to ‘net zero’ emissions, such as increased and more widespread use of carbon prices, may have a wider or longer-lasting impact on inflation. An excessive focus on the security of supply chains, often dressed up as ‘sovereignty’, can lead to sustained increases in costs and prices, as we know from Australia’s experience with protectionist policies.

In Australia, there’s no sign of any ‘underlying’ inflationary pressure at all, except perhaps in the housing sector

There’s a possibility that long-term restrictions on immigration may result in labour markets tightening which could push up wages more rapidly than central banks recognise or anticipate. It’s also possible that the capital stock, rather than the supply of labour, could become the limiting factor on potential output growth, and central banks could fail to recognise this when implementing any ‘normalising’ monetary policy.

To sum up, central banks have been correct in viewing the current increases in inflation as transitory but there are global and local risks that investors should monitor to remain ahead of the curve.