Careful of the T-bone 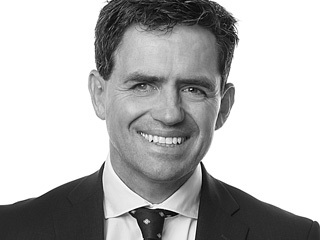 The G & T might be replaced with the T & T on the Northern Hemisphere cocktail circuit this summer – tapering and transitory will feature prominently in conversations globally as it has the potential to unhinge the balance sheets of the public and private sector.

The U.S. Federal Reserve (U.S. Fed) caught markets off guard at its last meeting as it unexpectedly diverted course from recent dialogue and tilted its views as it brought forward its expectations for rate increases. Quarterly forecasts showed 13 of 18 officials leaned towards one rate increase by the end of 2023 – up from seven in March. This also fed into the debate about the pathway for tapering which looms large as the elephant in the room. Memories of the 2013 taper tantrum still remain embedded in the Central Bankers psyche – more so now as the $120 billion monthly purchases keep politicians in their jobs and the global property and equity boom is alive and kicking.

The mere thought of the U.S. Fed talking about reducing that stimulus immediately triggered outsized moves in all the popular reflation strategies that have been expressed over the last year and will have financial markets on edge as the “T” word is expected to replace reflation as the buzz word bandied about in markets over the next year.

We believe the U.S. Fed’s action displays a clear dispersion in views across the U.S Fed, which is understandable given the uncertainty and conflicting data points around recent economic indicators. It would be foolhardy to frame investment decisions over one meeting. Actions do speak larger than words and discerning the transitory effect of inflation will be why the tapering discussion will play out for a long while and provide cross-asset volatility over the next year. We would also underscore that the RBA is operating in a different structure as we approach the July RBA board meeting and that perspective is warranted – domestically there are no dots driving the decision output and we are currently a long way off the desired inflation outcome.

Listening to the markets and watching the price action from 2021 could provide more insight than the mixed dialogue emanating from Central Bankers and the rally in bonds since March. The recent correction in commodities could be supportive of the transitory nature of the recent inflation spike. The failure of U.S. 10 year and 30 year bonds to break the 1.75% and 2.50% levels this year is quite telling and supports the notion of the lower for longer argument as the secular forces overweigh the transient nature of the recent pickup in inflation.

The Australian Dollar appears to have also kept its touch as the canary in the coal mine for global growth as it has retraced from its high in February this year, struggling to overcome the wall of resistance at the 80.00 level and could also be sending a signal that the worst is behind us for commodity lead price increases.

Interestingly, a recent Bank of America survey showed that 70% of fund managers said they did not expect inflation to be permanent.

The influential U.S. Fed Williams this week also reinforced that supply constraints are starting to waver with the following comment, “the latest data shows growth in wholesale used-car prices slowing in the first half of June. And lumber prices, which soared during the pandemic as housing demand surged and supply struggled to keep up, have declined sharply in recent weeks.”

The chart below also allays some fears of inflation in the coming months and copper or ‘Dr Copper’ as it is colloquially known − given its forecasting abilities, suggests that we are over the inflation hill (see our whitepaper ‘’Over the inflation hill’’) and the central banks may be best off to keep jawboning and not commit a policy error with any hasty actions.

Price of Copper (in USD) vs U.S Inflation